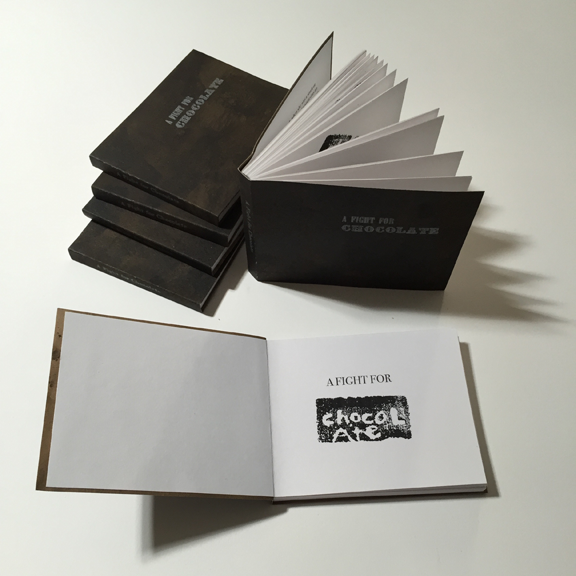 When I was an art school student I wrote and illustrated A Sad Story about Chocolate, but it stayed in my journal until I made it into a book in 1989. A few copies are still available. Recently, I revisited it and revised just the ending from the perspective of an adjunct professor working with Local SEIU 1021, calling it A Fight for Chocolate. It is more hopeful now and less angsty.

The new version, with the beginning story the same as the old, has painted paper covers with silver letterpress printed titling. It is laser printed on cardstock and glued securely to the soft cover, which is designed to open flat. The story is set in a digital Bodoni type. It measures 4 3/8 x 3 1/2 x 1/4". The edition total is 48 copies.

Available for purchase (with its cousin A Sad Story about Chocolate) on Etsy.